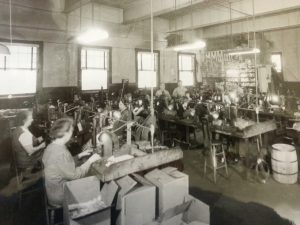 In 1942, World War II was raging across the European Continent. American factories responded to the war effort and were churning out millions of products and components needed to help our troops push back the tyranny of imperialism and win the war.

While working as spring makers at Associated Spring in Bristol, Connecticut, two friends, Jim Masters and Rocky Sgro, were bitten by the entrepreneurial bug and decided to strike out on their own. They packed their bags and started their own spring manufacturing company north of Connecticut just over the border in Springfield, Massachusetts. They would call their new company: Springfield Spring Corporation. 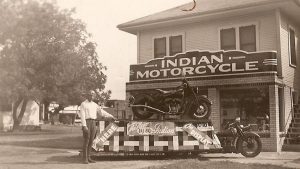 The company expanded rapidly and moved to 837 State Street in Springfield. This location was the original home of the Indian Motorcycle Manufacturing plant. 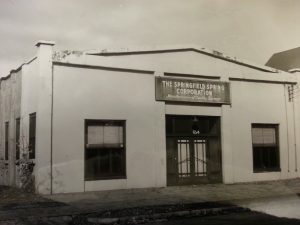 In 2010 Springfield Spring & Stamping expanded into a 12,000 square foot division that opened in Bristol, Connecticut. This division would be used to accommodate an expansion of the company’s fourslide-stamping and CNC wire forming capabilities. Shortly thereafter, approximately 4,000 square foot was added to the Bristol division’s footprint. In 2014 Springfield Spring & Stamping’s Quality Management System became ISO 13485:2016 Medical registered.

Today, Springfield Spring & Stamping is a practicing Lean/Six Sigma company with three divisions manufacturing a broad range of precision-engineered springs, wire forms, stampings and light assemblies. Components are shipped around the world. The company’s Quality Management system is certified to ISO 13485:2016 and ISO 9001:2015.

Have Questions?
We Have Answers.

Springfield Spring & Stamping can design and engineer a solution for even your most challenging applications.